During Illinois Rail Safety Week, which runs from September 13th to 19th, the Niles Police wants to promote safety for both motorists and pedestrians around railroad tracks. Please make safety your priority when in an environment where railroad tracks and trains exist, and also encourage parents to pass this information on to their children. According to Operation Lifesaver:
If you would like more information about Illinois Rail Safety Week, please visit www.illinoisrailsafetyweek.org. 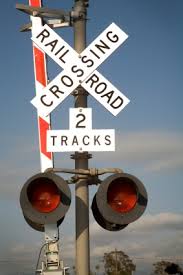 Contact us to find the services you need.
Online Bill Pay